It was during his training in Applied Arts that Samuel CATTIAU discovered his voice with a high and precise range. He works vocal technique, stage presence and Baroque repertoire and presents his first vocal trio concerts. He studied the lyric repertoire at the CRD Valence-Romans.

Thanks to his ongoing work with voice professionals, he easily tackles a wide range, from counter-tenor to baritone.

He conducts a research work around ancient music and so-called “unwritten” music. His vocal practice is closely linked to remarkable places by their architecture and acoustics.

He composed the soundtrack for the theatrical adaptation of Éric-Emmanuel Schmitt’s novel, Monsieur Ibrahim and the flowers of the Koran. In 2011, he is invited to join the Yehudi Menuhin Foundation to become one of the ambassadors of this international association.

Matthieu SAGLIO is one of the most exciting cellists of his generation, with an instantly recognizable sound and a play with a great diversity. Classically trained, he is also one of the precursors of the introduction of cello in flamenco with his trio Jerez Texas, which has been performing internationally since 2002.

His most personal project, Cello Solo, combines the classical tradition with sounds brought from his encounters around the world. He joins the duo formed by Samuel Cattiau and Quentin Dujardin for the album Resonance and the new album Illuminations. He has been living in Spain for 15 years.

Leo ULLMANN begins the violin at the age of four and a half. He began his musical studies at the Conservatory of Paris (X) in the class of Julien Dieudegard. During his five years of study, he acquired the violonistic bases and the passion to go further.

In 2001, he joined the CRR Boulogne-Billancourt. He studied violin in the class of Catherine Montier ; then, with Sébastien Surel, Chamber Music, in the class of Hortense Cartier-Bresson and Marie-Françoise Pallot ; as well as the analysis with Naji Hakim.

He graduated from the Koninkjlijk Conservatorium in the class of Valery Oistrakh in Brussels, where he lives.

From an early age, he is passionate about gypsy music, Balkan music and jazz, and regularly performs in concert with the famous Hungarian violinist Roby Lakatos and his ensemble.

Musicians of today revisit ancient music and explore the sound architecture of remarkable places of our heritage : a living and extraordinary work linking Music & Heritage.

‘Illuminations’ continues the research started since the first work “Resonance”, developed around texts of ancient music from the Western repertoire. “Illuminations” highlights our heritage – our cultural and artistic legacies as musicians of the 21st century. The sonic architecture of the remarkable places we encountered determines this approach that brings to life a great tradition of the world of classical music: “unwritten” music.

A program composed around texts of ancient music. Melodies inspired by the scansion of words, the rhythm of sentences, the meaning of these Italian texts, English, French, Judeo-Spanish. The profane airs tell destinies and universal torments : love, separation, loyalty, friendship … The sacred airs invite us to introspection, devotion, transcendence, enlightenment …

This show is particularly relevant to heritage sites that are remarkable for their history, beauty and “sound architecture”. Church, chapel, priory, cathedral, basilica, castle, old palace, medina, … places of religious heritage ; but also secular and industrial that are real musical instruments, a case for sound.

The musicians pay particular attention to each of these buildings in order to share during their concerts their common passions for heritage : to discover the resonances of the architectures where they occur and to give the public a unique acoustic experience 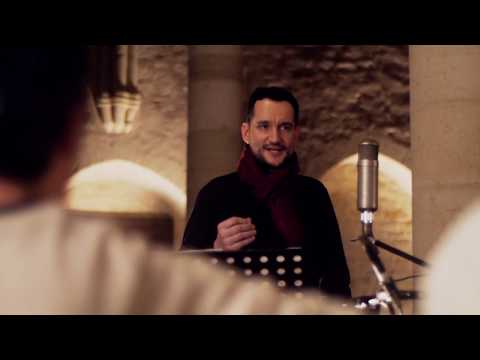 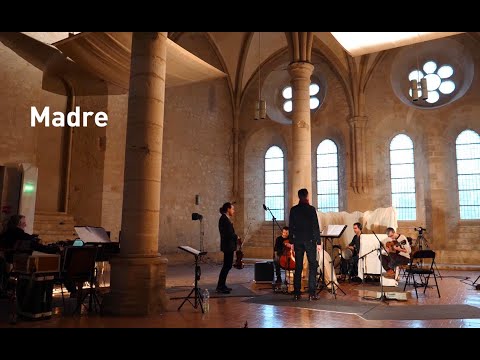 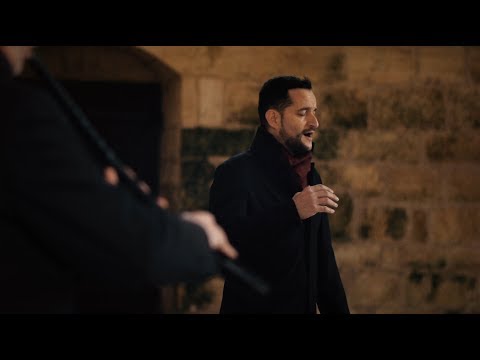 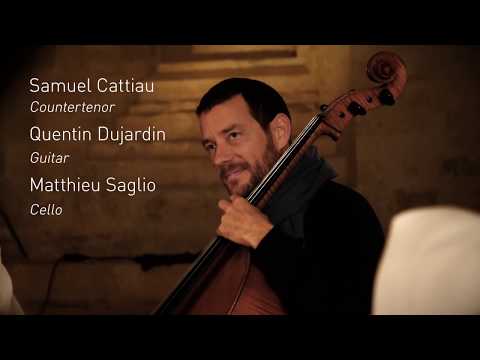