Osman Martins was born in Bahia, Brazil, on October 12, 1961. Early on, he became interested in music and between two football games, watches the musicians playing on the street. He is particularly fascinated by the cavaquinho, a small Brazilian four-strings guitar. The object of his dreams is offered to him for his tenth birthday ; and from that moment he will play it every day.

At the age of fifteen, Osman enrolled at Curson School and took cavaquinho lessons with Maestro Robinson Miguel, a well-known Brazilian guitarist. He graduated with great distinction and gradually asserts himself as one of the best players of the “little guitar” of São Paulo. He appeared from that moment around Brazil and made a European tour with the group Oba-Oba after which he moved to Rome.

In 1987, Osman took the direction of Brussels, where he decided to settle while continuing to perform regularly across Europe with the group Samba Tuque (Germany, Switzerland, Turkey). Osman composes and is interested in different projects in which he can interpret the traditional rhythms of his country by mixing them with other music. Caminhada offers an explosive mix of Brazilian music and reggae. He forms the Batida group of Samba, which represents all the miscegenation of Brazil.

His compositions full of sweetness and nostalgia make dreaming of an idyllic Brazil where everything would be nothing but poetry, music and perfumes. In 2005, Osman and his group Euro Samba launches into a repertoire based on South American rhythms, samba, salsa, bossa nova, pagoda, baião, afoxé, chorinho and all the rhythms of Brazil. Osman further accentuates the melting rhythms and melodies such as samba-fusion, samba reggae.

He is invited to participate in a compilation of RTBF’s show – Le Monde est un Village -, on which he proposes original compositions. In June 2008, Osman launches a new album entitled ‘Motivo de Alegria’. His path then crosses that of Pierre Gillet, with whom he begins an exciting partnership (parceria) between his cavaquinho and the 7-strings Brazilian guitar of Pierre. In a few years, Osman Martins has become one of the most popular Brazilian artists in Europe, through a repertoire mixing samba, bossa-nova and choro.

His latest artistic project – ‘Vontade Saudade’ is the result of an encounter with a talented young arranger, Pierre Slinckx, and the MP4 String Quartet. It is a trip to the saudade, a typical Brazilian feeling, that the artist invites us to connect to a mix of traditions and modernity.

The MP4 Quartet was created in 2008. At the time, its members, Claire Bourdet, Margaret Hermant, Pierre Heneaux, Merryl Havard, are young graduates of the Royal Conservatoires of Belgium and choose to steer their work in supporting new creations as well as performing classical master pieces. They gain experience and freedom of expression at the Orpheus Institute of Ghent and with the Danel, Pavel Haas, Pražák and Kronos quartets.
They recently played at the Elb Filarmonie Hamburg, a piece by Pierre Slinckx, with whom they worked to create a new quartet with electronic as chamber music. The piece has just been recorded in Belgium for Label Cyprès and will be out in fall 2019.
Their previous recording was a CD with bresilian musician Osman Martins, for Label Homerecords. They also took part in the Original Soundtrack (by Eric Bribosia) of Bitter Flowers, a film by Olivier Meys. For the 2019 season, among some more classical concerts, Quartet MP4 will be working with Vera Tussing, on a new project about dance and music, Tactile Quartet, in collaboration with the Kaai Theatre.
At the crossroad of diverse artistic performances, the Quartet MP4 participates in 2010 and 2012 in the Danse X Music shows I and II, benchmarks for the successful young dancers of P.A.R.T.S., in collaboration with the Royal Opera La Monnaie (Brussels). In 2011, the MP4 Quartet creates the Handelbeurs (Ghent) concert around the works of Shostakovich, with commentary by the actress Elise Steenackers. The same year , they collaborate in a projection of “Different Trains” by Steve Reich, presented by Leila Film in the Namur’s Theatre and record for Cypress label two poems of Emile Verhaeren (Albert Huybrecht / chamber music II / Ultimate Melodies). The MP4 Quartet also participates in the Festival “Concerts en nos villages” hosted by Guy Danel, and their summer ends in the Gaume Jazz Festival on a white card by Fabrice Alleman (arrangements Michel Herr).
In the 2014 season, the MP4 Quartet creates the “Steve Reich project”: a show around Steve Reich’s creations, alongside the choreographer Isabella Soupart, in close collaboration with Jeunesses Musicales and the festival Ars Musica. The MP4 Quartet also participates in many festivals such as the Festival of Flanders in Kortrijk, Europe in Music, Midis Minimes and plays at the Concertgebouw in Bruges and for De Groote Post in Ostend (Scoop on Tour 2014).
In close collaboration with Chamber Music for Europe, the MP4 Quartet is invited to join in the Chiré-en-Montreuil (France) and Cramard’s Festivals, in Pick Opus and in the Nuit Blanche in Brussels. They also collaborate in the “Private Domain Hosokawa” project – String quartet Happening at the Concertgebouw in Bruges.
The 2016 and 2017 seasons revolved around a residence at the Senghor, on the theme of metamorphoses, with 5 programs covering various facets of the MP4 Quartet –
1: Beethoven / Fafchamps; 2: Ligety and Sciarrino in collaboration with Fatou Traoré; 3: “Steve Reich Project “in collaboration with Isabella Soupart; 4: Scelsi / Fafchamps / Lutoslawski; 5: quartet and electronics for the LOOP Festival, Slincks / Fafchamps / Delforge.
The MP4 Quartet has also been invited to join in the Ars Musica festival in November 2016 and in India for the Tansen Music Festival (December 2016).

Osvaldo Hernandez Napoles, was born in Ixmiquilpan in the state of Hidalgo in Mexico.
At the age of 19, Osvaldo began traveling across Latin America, starting with his homeland, in search of traditional instruments that he would soon be mastering. His collection reflects the upsetting history of the continent. Pre-Columbian indigenous instruments rub shoulders with those of African deportees and different generations of European settlers.
Installed for over twenty years in Belgium, Osvaldo has traveled the world, putting all his experience at the service of countless musical projects such as Deep Forest, Marlene Dorcena, Rosa Brandão, Aura Msimang, Abdelli, Sidiki Camara, Ialma, Vaya Con Dios, Karim Baggili, Taiga Maya, collectives such as Apikon-Dia and Blindnote, to name but a few, his own projects : Tierra, Amalgama, Mambu, Nahui-Ollin, as well as theatrical projects like, l’Invisible by Philippe Blasband, Bruits of Karl Valentin, Le pont de pierre et la peau d’images of Daniel Danis.

Pierre Slinckx studied composition and in-depth writing at ARTS2, notably with Claude Ledoux, Jean-Pierre Deleuze, Jean-Luc Fafchamps, Gilles Gobert and Denis Pousseur. It is also aggregated in scriptures.
As a composer, he is regularly invited by ensembles such as Musiques Nouvelles, the Liège Philharmonic Orchestra, TANA, the Royal Chamber Orchestra of Wallonia, Sturm und Klang and Fractales, who order him instrumental and mixed works. Winner of the 2013 Henri Pousseur Prize and the André Souris Prize 2015, which reward promising young composers, he is a member of the LAPS ensemble as a composer and performer laptop.
He is co-founder of the non-profit organization SMOG, which organizes monthly concerts in Brussels.

An elegant invitation to the dark pleasure of a saudadian heart.

Osman MARTINS kneads bossa-nova, samba, chorinho and emancipuses in a luminous, popular and refined work, in a flood of inventive percussions signed Osvaldo HERNANDEZ that give the change to a rushing cavaquinho and a soft, coppery, ample voice , mischievous.

The melodies sound like great classics and interfere in us, carried by the arrangements of the talented Pierre SLINCKX ; while the strings of the MP4 QUATUOR punctuate a work offering the great Brazilian music a new alphabet of nobility.

In the spring of 2015, an unprecedented project was launched by Didier Mélon, the host of the program La Première-RTBF ‘Le monde est un village’ and the Fédération des Jeunesses Musicales Wallonie-Bruxelles. They sketch and provoke a meeting between a Brazilian musician, Osman MARTINS, and a string quartet, the QUATUOR MP4, under the artistic direction of a talented young arranger, Pierre SLINCKX.

Osman MARTINS carries with him this generous opening allowing an original understanding of the bossa-nova, samba or chorinho. The singer, composer and guitarist invites us to get closer to his artistic universe developed from his cavaquinho. He is accompanied by the very creative percussionist Osvaldo HERNANDEZ.

Fans of classical or contemporary music are familiar with the MP4 QUATUOR, four performers passionate about creation and exploration, risk and daring. By accompanying with their violins, alto and cello the music of Osman MARTINS, the MP4 QUATUOR widens its palette and opens to a new and unusual collaboration.

Together, they have glimpsed new realities of creation : their spicy music combines the purest of traditions with the modernity of contemporary strings.

A TRIO FORMULA and a QUARTET FORMULA

Osman MARTINS carries with him this generous opening allowing an original understanding of the bossa-nova, samba or chorinho. The singer, composer and guitarist invites us to get closer to his artistic universe developed from his cavaquinho. 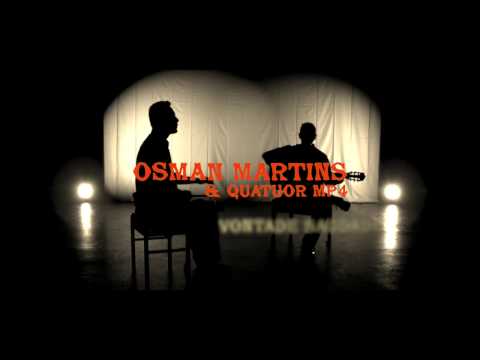 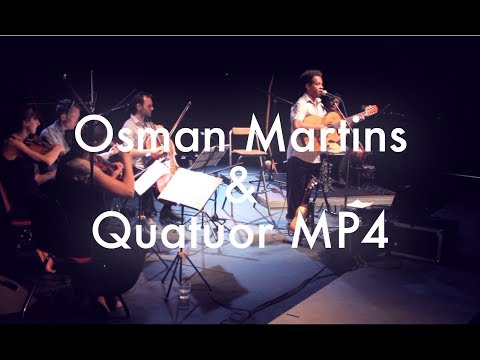 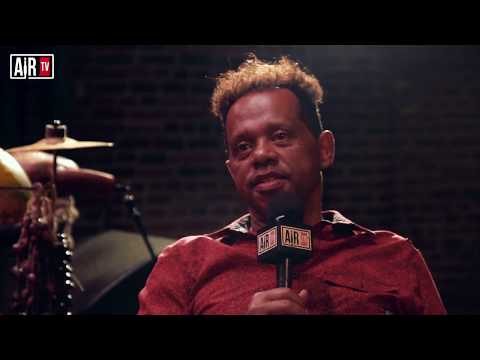 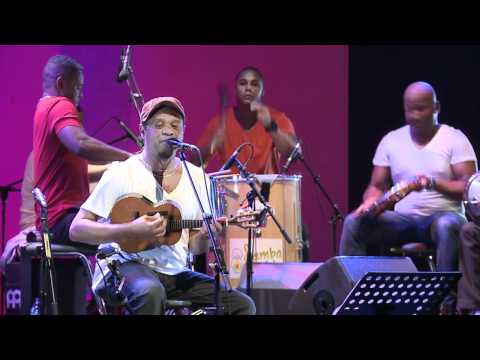 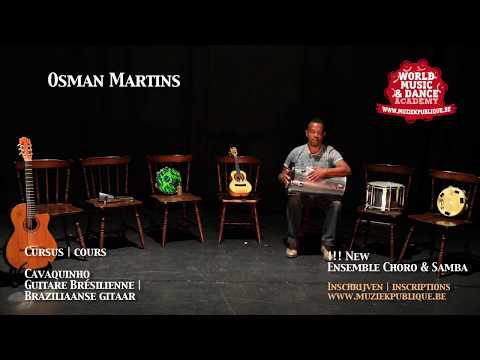 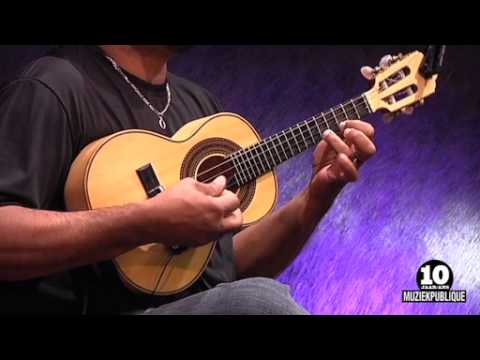 10 Years Muziekpublique | Osman Martins (cavaquinho): Parceria
Template is not defined.
Interested in this project?
Contact-us!
Discover our other productions
Here!
Subscribe to our monthly newsletter !