Esteban MURILLO, from the Charleroi region (Belgium), was born on July 31, 1995. From an early age, he took classical guitar lessons and then turned to flamenco guitar. Flamenco has been an integral part of his life since his birth : his grandfather’s voice and his uncle’s guitar echo in the little house of his maternal grandparents.

The singing seduced him a few years later while he accumulates concerts with the group Suena Flamenco. His passion is such that it took place imminently.

Leyenda, first album of Esteban, released in December 2014. Fusion between pop and flamenco, it is composed and arranged by Giacomo Aronica and Silvano Macaluso. As for texts, Esteban calls on Carlos Vaquera, Luis González, his grandfather Paco Murillo and Yoni Vidal. This project started the show Leyenda with which he and his musicians will travel to Belgium for two years.

In May 2018, Esteban released his new album Mi Verdad, born from his desire to return to the essence of flamenco and his tribute to the great Andalusian poet, Federico García Lorca. This new album is the fruit of a collaboration with exceptional artists among whom we find Myrddin de Cauter, Bart Maris, Ialma, Jose Luis Domínguez, Antonio Paz and many others. On the stage, the show Mi Verdad Flamenca brings togeher Anthony Carrubba “El Carru”, François Taillefer, Giacomo Aronica, Silvano Macaluso and Marisol Valderrama Guerrero.

In 2019, Esteban participates, in the company of Anthony Carrubba, to the design of In-Puro, the new creation of the dancer Federico Ordoñez. He also joins the Impressies van Spanje, project produced by La Barraca and plays on various Flemish scenes. At the same time, he joined Parisian dance company Rubén Molina with whom he performed in Paris, Corsica, southern France and Germany. Recently, Esteban is selected by the Jeunesses Musicales of the Wallonia-Brussels Federation for a new show for a young audience in Wallonia and Brussels schools. This new creation, ‘Dans les pas de Paco’, honors his grandfather, the poetry of Federico García Lorca and the transmission of flamenco.

With ‘Mi Verdad Flamenca’, Esteban MURILLO takes us into an authentic flamenco universe, sensitive and refined, while telling us his Andalusia through the poetry of Federico Garcia Lorca, mixed with Letras Flamencas by Paco Murillo, the grandfather of Esteban

With ‘Mi Verdad Flamenca’, Esteban MURILLO pays a vibrant tribute to one of the greatest Spanish poets of the twentieth century, Federico García LORCA, adapting some of his poems to flamenco.

To work with the LORCA texts is also to address a moment that has particularly marked the history of Spain and which marks, even today, its daily life : the Franco regime and the civil war.

Other flamenco letters are written by Paco MURILLO, the maternal grandfather of Esteban, who immigrated to Belgium to work in the coal mines, who knew how to transmit to him the memory of his Andalusian roots and his unconditional love for this musical genre and this specific dance.

Born in the 18th century on the basis of popular folklore, at the crossroads of East and West, flamenco is a perfect synthesis of the various cultures that flourished in Andalusia throughout the centuries.

In his own way, Esteban MURILLO perpetuates this musical art, while participating in its process of universalisation engaged, since the beginning of the seventies, by artists such as Paco de Lucía and Camarón de la Isla, opening it to new horizons, between traditional flamenco and musical trends of the 20th and 21st centuries.

This intelligent little man of just 23 years is certainly traveled by ‘el duende’, with a voice to hydrate several Sierra Leone and a rare mastery of his musical grammar and rhythm. But he articulates all this know-how to a global and lucid understanding of the environment in which he evolves, to an knowledge of his tools of work, to an artistic vision full of evidence, clarity and subtlety, in a fair and measured ambition, with a hallucinating confidence and maturity.

On stage, with ‘MI VERDAD FLAMENCA’, Esteban MURILLO tells his story, that of his grandfather, and shares his Andalusian culture through a show that combines sensitivity, intensity, modernity and authenticity.

In addition to flamenco guitar, the dance and the traditional percussions, instruments rarely associated with flamenco, such as piano, electric bass and accordion, add to the singularity and make this project an innovative show, totally original, without distorting the traditional flamenco color.

‘In the paths of Paco’

A lightweight formula that can be played in class or the multipurpose hall of the school.

A formula rich in meaning, a real educational tool on which the teacher can rely to discuss various topics with his students.

Esteban MURILLO is only 23 years old but flamenco has always been a part of him. It is his grandfather Paco, immigrated to Belgium to work in the coal mines, which will transmit to him the Andalusian culture and history … So to say a sacred heritage, that he began to sing with modernity, maturity, and a rare mastery of all his musical grammar.

On stage Esteban is accompanied by two musicians with crazy talent and a dancer who sweats the “duende” : all four celebrate a secular art but well anchored in the real, between traditional flamenco and contemporary reinterpretation.

In addition to paying tribute to his grandfather by adapting some of these “Letras Flamencas” musically, Esteban wishes to evoke the memory of one of the greatest poets of the 20th century : Federico Garcià Lorca. To interpret his texts with the soul and the rhythm that suits them, is to approach, also, a dark period of Spain : that of Franco’s and the civil war.

The project is accompanied by a file produced by the educational service of the Federation of Jeunesses Musicales Wallonie-Bruxelles (Belgium) – in French. 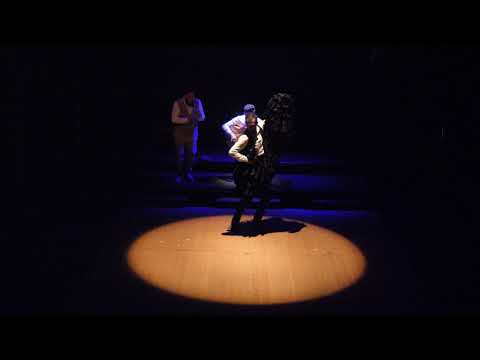 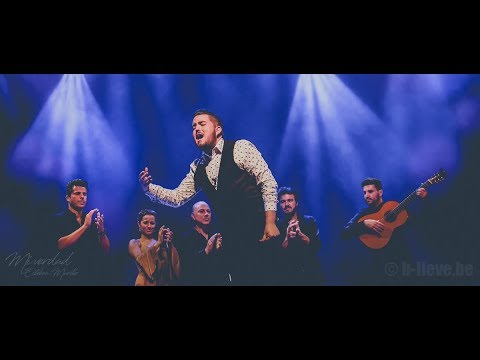 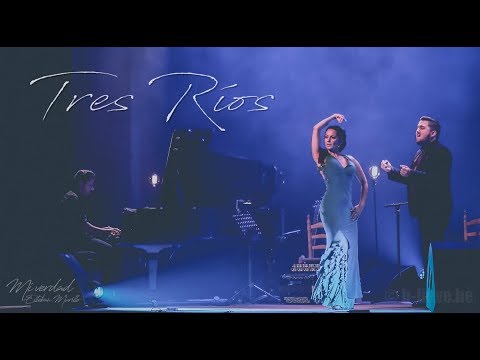 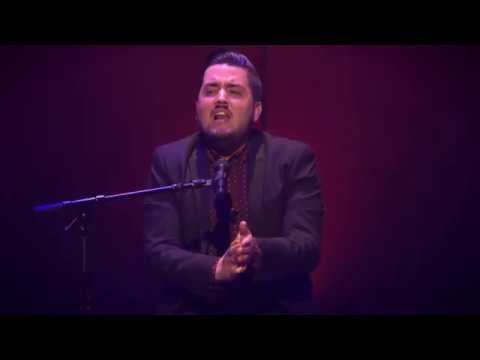 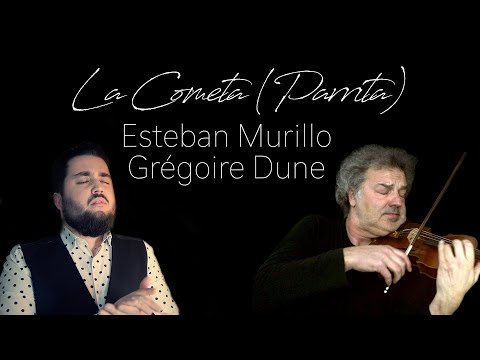 Esteban Murillo & Grégoire Dune - La Cometa (Parrita)
Template is not defined.
Interested in this project?
Contact-us!
Discover our other productions
Here!
Subscribe to our monthly newsletter !