Alexandre CAVALIERE was born in 1985 near Mons in Belgium. Born into a family of musicians, he grew up surrounded by instruments as toys. Early on, little Alexandre learned his rhythm by holding the snare drum of his father’s orchestra. At 8 years old he regularly practices piano, drums and of course violin. It is in the learning of this last instrument that Alexandre best expresses his sense of rhythm, his qualities of improvisation and his great musical sensibility. Rocked by the melodies of Django Reinhardt and Stéphane Grappelli, the swing is essential to Alexandre as a musical evidence.

In March 1998, fate gives Alexandre a boost by placing Didier Lockwood and Babik Reinhardt on his way : “These two great musicians are then in Brussels for the Django d’Or.” Alexandre, meanwhile, is rehearsing for an evening at the Royal Windsor Hotel with his father, who heads the band Jazzy Strings. Didier Lockwood, Babik Reinhardt and Frank Hagège to discover the talent that lies under the hands of this violinist.What was their surprise, pushing the door of the club, to discover that a 12-year-old was holding the violin! ” Surprised by so much virtuosity and precocity, they decided to invite Alexandre to the Django d’Or in Brussels and then to Paris where the success is immediate … brilliant! It is the beginning of a beautiful adventure from which was born a first disc: “L’ALBUM” (Hebra records).

This young violin virtuoso quickly fulfilled his promise of success. While pursuing brilliantly his schooling, Alexandre connects trays of TVs, radios and the concerts with very noticed participations in particular to the Festivals of Antibes – Juan les Pins, Marciac, Samois-sur-Seine, Liège, Liberchies, Brosella, Maubeuge, at the Jazz Marathon in Brussels, or at the Belgian Django d’Or, French or the Eurojazz Awards, …

In addition, he conquered his audience on stage by performing at the Princess Grace Theater in Monaco, in the first part of Michel Jonasz at the Olympia, as guest of the National Orchestra on the Grand Place in Brussels, during the festival “Jazz Espoo” (Finland), … and lately, thanks to Dorado Schmitt, he made his premiere in New York, for the Django Reinhardt festival at Birdland.

He also met many musicians such as Bireli Lagrene, Dominique Dipiazza, Stochelo Rosenberg, Michel Jonasz, Roby Lakatos, Toots Thielemans, Richard Galliano, Eddy Louis, Dennis Chambers, Richard Bona, Dorado Schmitt … as well as Benoît Sourisse, André Charlier and Jean Wellers (the musicians of Didier Lockwood) with whom he recorded his second album “Nomades”, which leads him to be heard in a more modern context, without departing from his natural swing.

But in the recent years, he has invested himself happily in more modern groups in which his talent knows new developments.

Alexandre Cavaliere and Jazzy Strings is a formation in which he has performed a lot, a group of lovers of gipsy music and two giants of jazz Django Reinhardt and Stéphane Grapelli. This group created by Mario Cavaliere, runs since 1992 the biggest festivals in Europe (Juan-les-Pins, Nice, Marciac, Samois-sur-Seine, Helsinki …). It consists of Mathieu Chatelain on the rhythm guitar, Eloi Baudimont or Jean Wellers on the double bass and of course Mario Cavaliere on the solo guitar that allowed his son, Alexandre, to enter the closed circle of jazz ……

Emmanuel BONETTI started the guitar at the age of 15 in a self-taught way, interested in rock in the broad sense (which he put into practice in local groups) with various excursions up to the classical.
After an attempt at the university in philosophy, during which he discovered other styles : jazz, traditional Indian, contemporary …, he decided to devote himself fully to music.
He began studying at the jazz studio in Antwerpen, which he left after the third year to continue at the francophone jazz conservatory of Brussels for two years with Paolo Radoni and finish at the Dutch-speaking equivalent with Fabien Degryse.
He accompanies among others the singer Fanny Beriaux.

Born in 1978, David DE VRIEZE began his musical studies at the age of nine and decided to enter the Royal Conservatory of Brussels at the age of 19, in classical section where he studied the trombone for two years alongside José Schyns. Later, he went to the jazz department of the Conservatory, where he continued his studies alongside Phil Abraham (international jazz soloist, National Jazz Orchestra of Paris) and won his first jazz trombone award.
In parallel with his studies, he participated in several television and radio projects as well as various festivals in Belgium and abroad (France, Holland, England, Spain, Germany, Luxembourg, Italy, Portugal …). In order to enrich his repertoire to the fullest, he participates in world music projects (Kazadi Manza, Senegalese music) as well as a recording for the radio “Première” with Baba and Bao Sissoko, Philip Catherine and Alexandre Cavaliere.
He is also lead trombone of the Jazz Station Big Band with which he recorded his first album, in March 2011, which received the best critics of the jazz drummer Antonio Sanchez.
David DE VRIEZE is also interested in gypsy music. Recently, he participated in the recording of the album of Samson Schmitt, as a soloist, alongside Alexandre Cavaliere.

Inspired by the genius of musicians such as John Coltrane, Kurt Rosenwinkel, Joshua Redman, Branford Marsalis, John Scofield, Jesse van Ruller, Dave Holland, Charles Mingus and Michel Camilo, ALMADAV PROJECT weaves an organic creativity that gives their compositions all the energy and the subtlety that characterizes them.

With their multiple experiences and influences, starting with the eclecticism and creativity of Belgian jazz, the musicians of ALMADAV PROJECT produce, through their compositions, a modern jazz and nevertheless anchored in tradition. 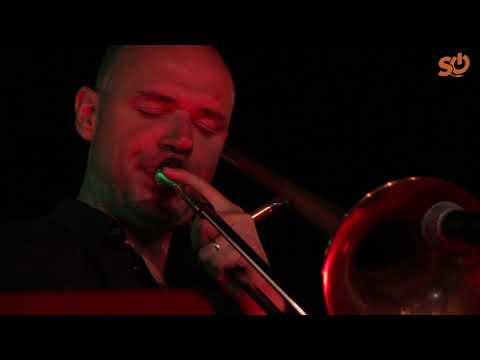 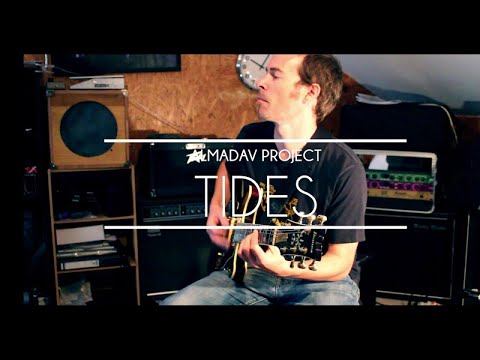 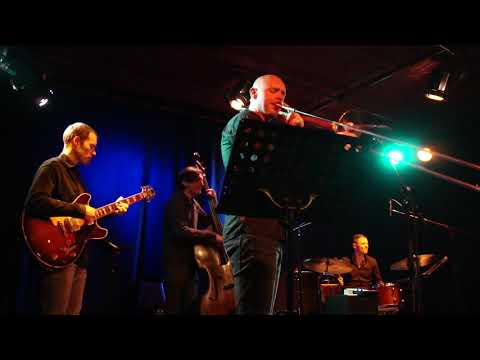 Almadav Project - "Peculiar" live
Template is not defined.
Interested in this project?
Contact-us!
Discover our other productions
Here!
Subscribe to our monthly newsletter !